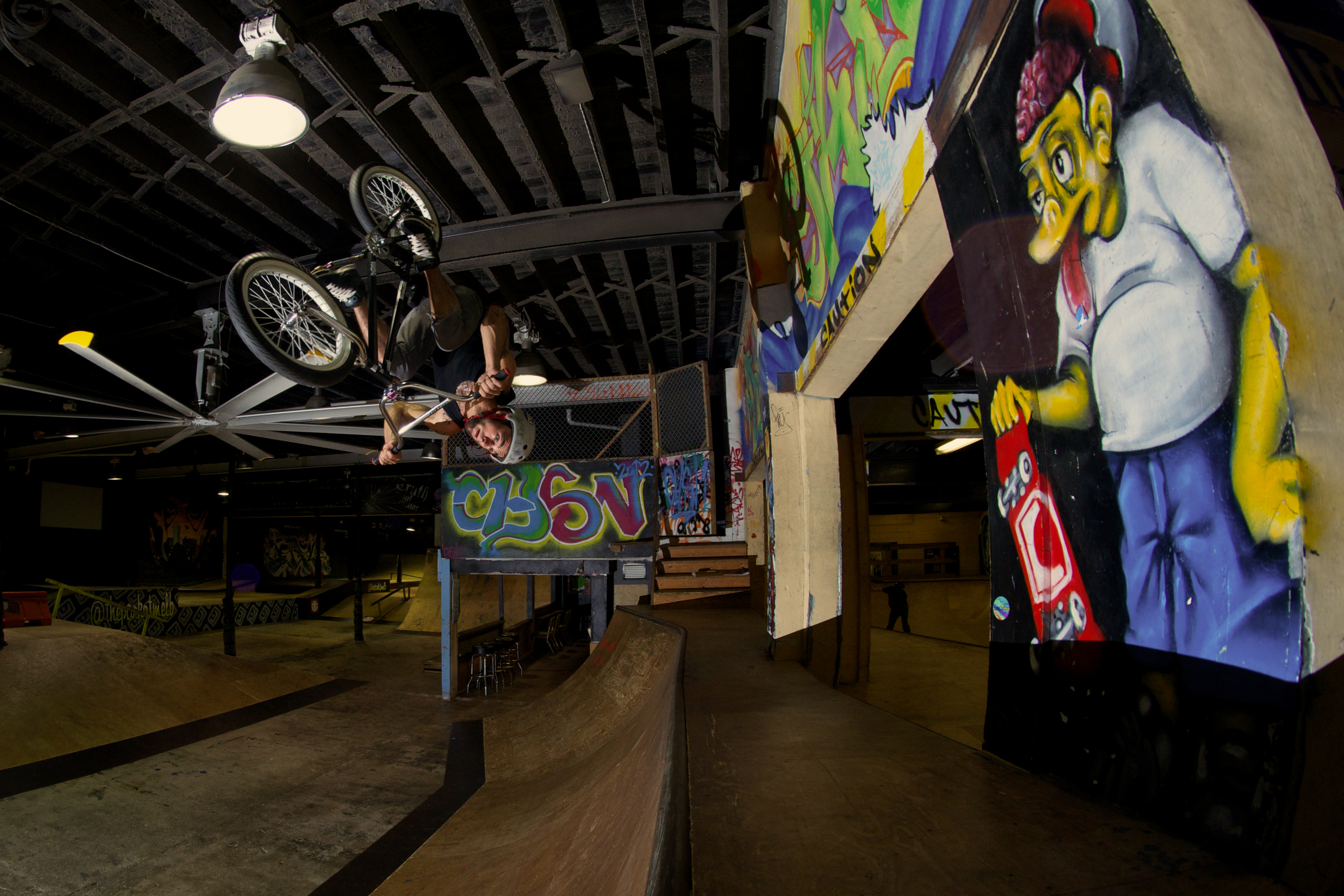 Two down and one to go! This weekend wasn’t only the second stop of the first ever BCBMX Triple crown but it was also the first ever BMX contest at The Park at Melbourne. Click the link below for results and a short recap!

The night started off with the 14 and under division, these kids may be young but they are nothing short of talented. It all came down to a heated finals but at the end of the round local rider Dez Gittens took home the win. The 15 and up finals were definitely a close one. Taking home third was Joel Corbin who landed his first ever ally op flair. Coming in a close second place was Jack Straiton who came straight out of the gate with a giant downside whip across the park followed by a few other bar spin and whip lines while closing his run off with a super far burner across the main stage area. None of these could top Noah Monroe who threw down a super consistent run packed with huge tuck to flat off the hubba ledge, flairs on the quarter and some super clean 360s and 180 bar spins. We finally ended the evening with the open / pro division. James Harvey took the bronze starting off the finals with a super ballsy over rail to toothpick. Coming in second was everyones favorite South Florida street shredder Mike Sugdenis. The podium was closed off for the second time in a row by none other that Brian Fox! Brian left no part of the course untouched while throwing in his effortless bar spins and flairs and closing off his winning run with a perfect flip to fakie on the six foot quarter!

Thanks to The park at Melbourne and everyone who came out to the contest. Don’t forget to come out the Satellite Beach Skatepark on Oct. 19th for the third and final stop of this mini-series!