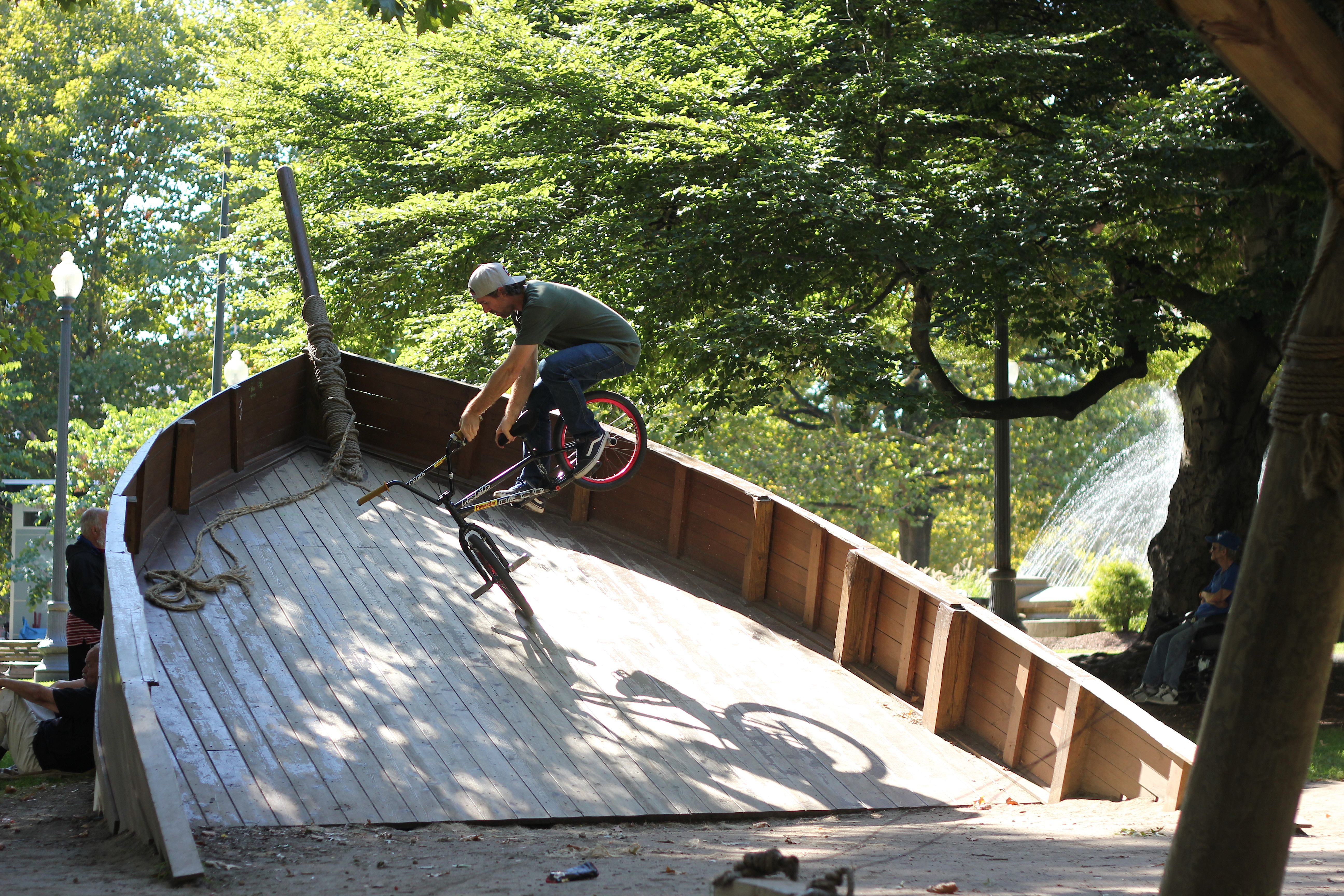 Growing up, somehow I got hooked into a single author in a genre of Literature that I really found no interest in: Horror.

HP Lovecraft was that author. And after submersing myself into his pretty large catalogue of writings, I realized that his influence spread well into the punk, metal, and gaming scenes (to name a very few of those sub-cultures effected). The connection here (as I was heavy into punk and metal), made me even more fascinated as to why so many people found interest in his literary mythos. Dark, elaborate, and the first of its kind in American writing, Lovecrafian lit can easily haunt you.

On our recent trip to Providence, I set out on a self guided walking tour (which I hadn’t done in about 4 years), but this time with Chad Degroot in hopes to take some scenic riding shots incorporating Lovecraft’s stomping grounds.
Here’s a little history to go along with the pics. Pick up a copy of some Lovecraft stories (preferably anything connected to his Chthulu mythos): You won’t be let down.

The first Baptist Meeting House: This is the very first Baptist Church in the US christened in 1775. It also has a creepy persona in the narrative of Lovecraft’s Case of Charles Dexter Ward.

Fleur de Lys Studio. This house was built by Providence artist Sydney Richmond Burleigh, and was given as the home of artist Henry Anthony Wilcox in “The Call of Cthulhu.” 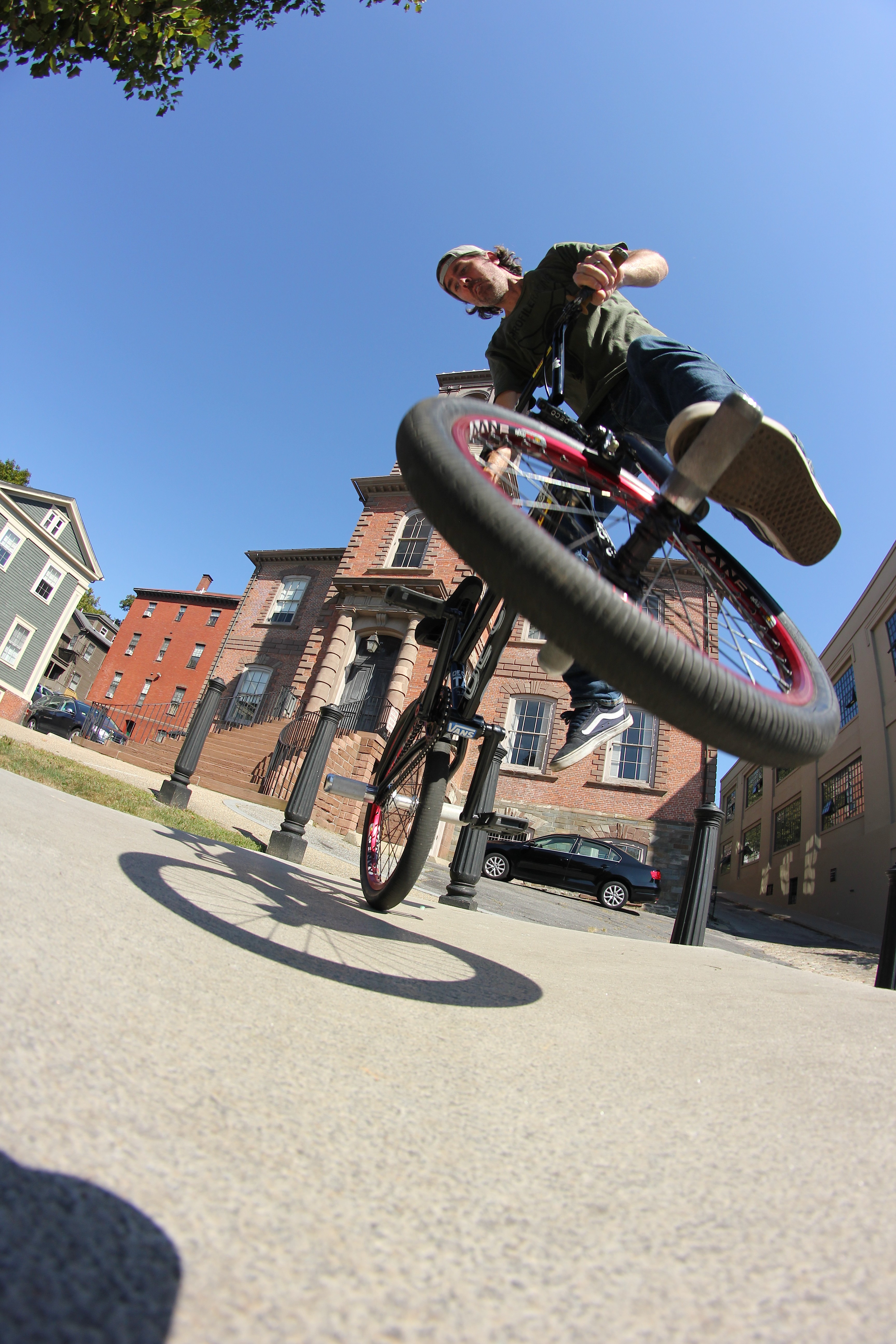 Peg Decade link in front of the Benjamin Cushing House. This house was incorporated into Lovecraft’s shot: The Shunned House. The Cushing House is also the oldest abode on Providence’s College Hill. 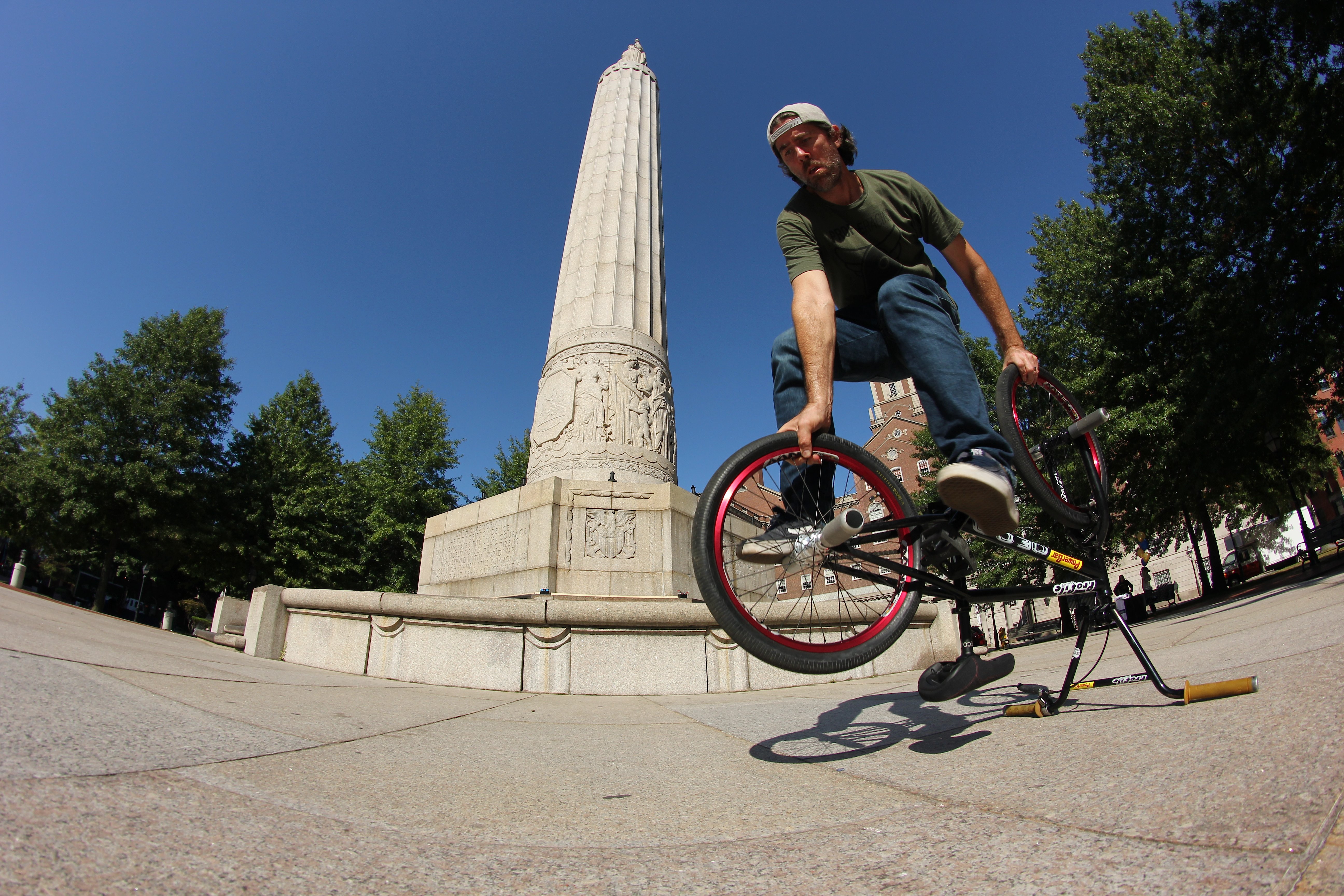 In front of the Providence Superior Courthouse is this obelisk which is right next to the Market House as depicted in Lovecraft’s story The Case of Charles Dexter Ward. Degroot Darksides the scenery here.